Why I moved from Photoshop to Illustrator

Power of the Layers – from Corel Paint to Photoshop 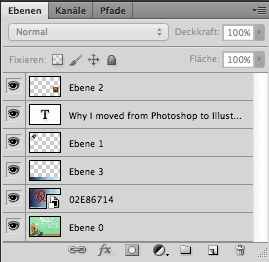 One day I was reading an online tutorial that showed me the power of Photoshop layers and that was the sole thing made me want to start using Photoshop instead of Corel Paint. The only time I was using Illustrator back then was when I would clean up eps files for print jobs. Eps files from Illustrator played nicer than the same files exported out of Corel Draw as an eps with the imagesetter we used in producing film for offset press plates.

As I was using Illustrator for cleaning up and fixing vector images, I felt I might as well learn Illustrator since I would be using it so much. I still preferred Corel Draw as it had a few features that Illustrator didn’t thus I felt like I was stepping backwards instead of forwards at times. However, despite the change, the compatibility of Photoshop and Illustrator files with Adobe PageMaker 7 and Quark Xpress 4.1 made page layout design much easier. I frequently dealt with banded gradient fills from clients, where the bands were individual lines that were assigned differing colors to make a pseudo gradient, and being able to replace them in Illustrator with a true gradient fills made fixing files much easier. Oh, the time spent just deleting the banded gradient lines was more than I prefer to think about. Amazingly, it wouldn’t be for quite a few more years that I would begin to make a real transition from Photoshop to Illustrator.

In 2005 Adobe released the Creative Suite 2. I missed CS1, so CS2 was my first introduction to having new versions of Photoshop and Illustrator at the same time. While I had always been more excited for Photoshop’s new features instead of Illustrators; it was the inclusion of Photoshop’s Smart Objects that made the biggest impact on using Illustrator more frequently.

Needing to make an adjustment to an Illustrator file that I had imported into Photoshop prior to this time was a pain. You had to go back to the original Illustrator file, change it, save it, and then re-import it back into Photoshop. It wasn’t the best experience because even if I did create my Illustrator artwork at the size it needed to be in Photoshop, I still had to re-position it in Photoshop and if I had filters applied to the layer, keep in mind this is before smart filters, I had to try to remember exactly what filters and settings I used in order to get things back to where I wanted them. Smart Objects finally allowed you to import Illustrator files that were not only resolution independent, but re-open the artwork back into Illustrator to make your change and then save it directly back into the Photoshop file.

Photoshop forced me to learn Illustrator 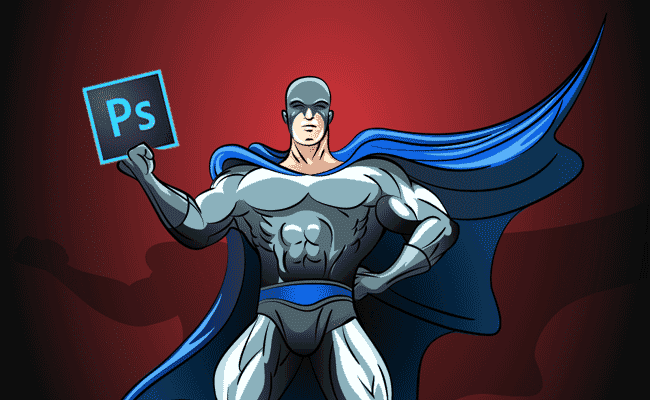 Swiftly and easily changing Illustrator artwork after inserting it into Photoshop prompted me to start doing a lot more in Illustrator. I was just starting to get the hang of web design and interfaces I created in Photoshop were created using a ton of layers. The majority of the layers were merely storage for an interface’s unedited shapes I used in their construction. To make editing an interface’s base shape easily meant I would reveal the base components layers in order to modify them or move them around, copy the merged layers together and then past them over top of the layer containing the working elements. Small tweaks took longer than they should have since there wasn’t an easy way to move things around, such as something jutting out of the edge of a main shape without redrawing the item. With Illustrator, it was so much easier to make changes as I could just grab groups of anchor points and move them around without having to delete or redraw anything, so Smart Objects made both minor and major changes to a vector object simple.

What really helped the most in using Illustrator was the control over shapes. Changing the curve of a line in Photoshop requires erasing the curve and then attempt to redraw it. In Illustrator, you just grab one of the anchor point’s handles and move it until the curve lies where you want or adding a new point to the curve and making more extensive adjustments. I know that Photoshop has some basic vector tools, but you just don’t have the same level of control over shapes as you do in Illustrator. 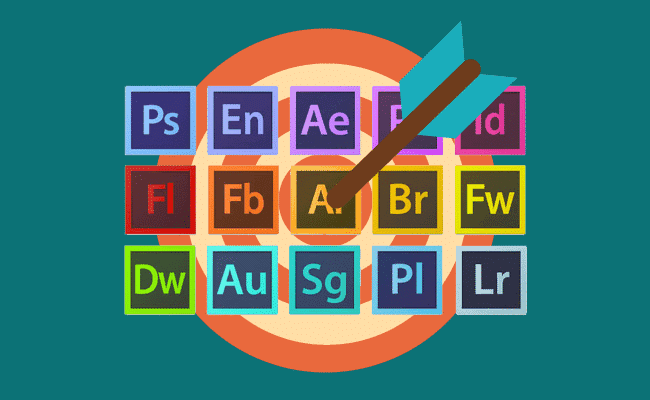 When Adobe released Creative Suite 4 (CS4), I started getting more excited to what Illustrator was then able to do. I generally gauged my feeling of money well spent on the Creative Suite based on what new features Photoshop received since it was my primary program. However, with CS4, I saw that the new features and enhancement of Illustrator were more exciting than Photoshop’s. CS4 saw the introduction of multiple art boards for a single Illustrator file, and for me that was worth the cost of the entire CS4 Master Collection upgrade. I frequently dealt with 30+ individual Illustrator files because each file required the artwork be placed on an art board of varying size, so being able to store all the art boards in a single file makes file management much easier.

These enhancements and changes really made the time I spent in illustrator more valuable. But, despite my newfound appreciation of Illustrator there were still aspects of the program that remained an annoyance. Creating rounded corners and getting shapes to touch exactly at their edges has required more time than I would prefer. Illustrator is a well-crafted program, but what has really allowed me to take my Illustrator skills even further have been plug-ins.

Rounded corners is something you see quite frequently in web design today due to CSS styling, but many years ago you had to implement it via images. Rounding the corner of boxes in prior versions of Illustrator didn’t take a lot of time once you got the process down, but rounding the corner of other non-standard shapes and angles was more tricky. A rounded corner feature is now available in Illustrator CC 2014, where you can just grab the corner handle and drag it out into a curve, but I’ve been doing direct corner-to-curve editing for quite a few years through the use of plug-ins.

The Power of the Plugin 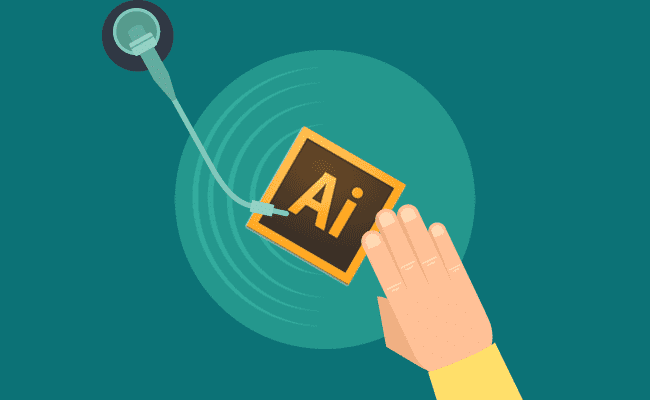 like Xtream Path, available from CValley, and more recently a multitude of plug-ins by Astute Graphics, is what has really made working in Illustrator great. Getting boxes to touch directly on their sides was made easier when smart guides were added to Illustrator 8, but getting circles to land exactly on the edge of other circles other than at the top, bottom, or sides required going into outline view to ensure that the two objects were actually touching directly on both outer edges. AstuteGraphics plug-in ColliderScribe makes this process a simple matter of dragging the edge of one circle to the edge of another and the two edges then snap together.

Recently, I undertook a project just where the client wanted me to create produce their logo in vinyl for their company vehicle. Vinyl cutters require vector artwork and the only logo they had was an old film positive. I could have used Illustrator’s Image Trace feature, but the quality of the film positive wasn’t the best and I would have spent more time cleaning up resulting vector than just redrawing the whole thing. The logo had a lot of fine detail work, another reason for not using Image Trace, and if it wasn’t for my plug-ins the recreation of the logo would have easily taken more than 11 hours. Instead, I was able to complete the recreation in only 6.

A better Graphic Designer – thanks to Illustrator 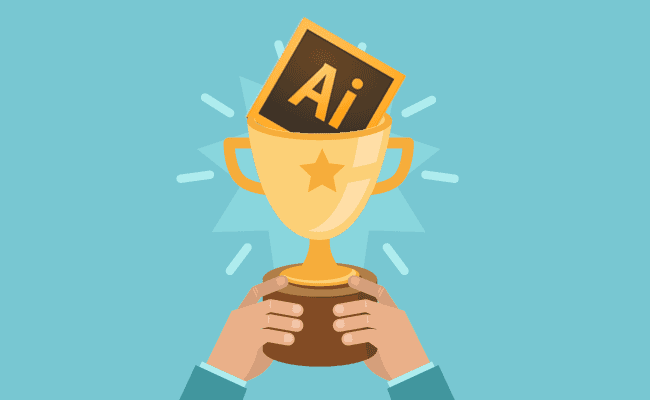 I still remember what was said to me by another graphic design twenty-three years ago when I first got into graphic design. Their comment was that my biggest problem wasn’t a lack of talent, but a lack of access to the software I needed to get what’s in my head onto the screen. With Illustrator and a great set of plug-ins to extend Illustrator’s functionality, I feel like I’m finally able to be a better graphic designer and truly utilize my creativity in a greater capacity. I’m looking forward to seeing what’s next.

Michael Stephens is a graphic designer with over 20 years of experience. He owns and operates Monkeylogic Design, https://www.monkeylogic.us, and you can find posts related to his slant on design on the site’s blog. His philosophy about design is, “Teach those that seek to understand and give everyone more than what they paid for.”

Where to Buy Icons for your Designs

We will be happy to hear your thoughts 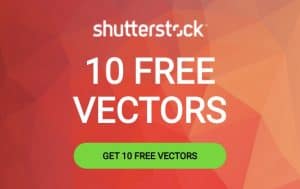 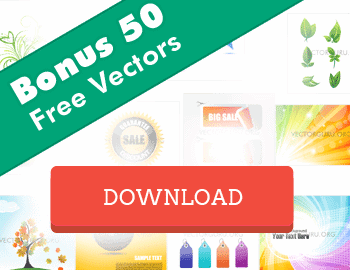